Infrastructure Investments Highlight a Decade of Growth in Muskingum County 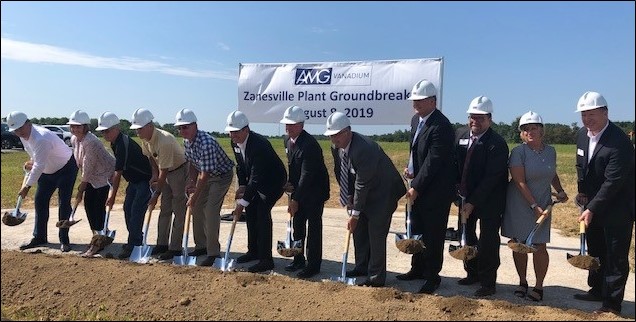 According to Zanesville-Muskingum County Port Authority data, Muskingum County has experienced an overall positive employment increase since the start of the decade. The Port Authority’s work to attract employers started early in the decade, with the arrival of AVON and Halliburton at the Eastpointe Business Park in 2010 and 2012, respectively. These two businesses now account for ~1,400 employees.

Also in 2012, Fanatics purchased building F in the East Central Ohio Park near Frazeysburg. With over 300 full-time employees and 1,000 seasonal jobs, Fanatics has been a tremendous boost to the County’s economy.

Although manufacturing took a hit over the decade, both the transportation/warehousing and accommodation/food services industries grew by over 500 jobs in the last 10 years. That growth is demonstrated through expansions by Mattingly, Kellogg’s and Phillips Meat Processing over the past decade.

“What we’re seeing is the existing companies have made decisions to expand here, which is very healthy and what you want to have happen, and I think our role in economic development, number one, is to try to maintain the businesses and companies that we do have here,” said Matt Abbott, executive director for the Port Authority. “It’s not been a perfect scenario, there have been some losses.”

Along with Fyda Freightliner’s arrival and a significant expansion by 5 B’s during the back half of the decade, AMG Vanadium made a $300 million investment to bring a production facility to the Eastpointe Business Park and 100 new jobs with it.

Having a site ready to house a company is a crucial piece in the puzzle of attracting businesses.

“We’ve had sites for these companies to come in and locate, and a site’s just not a flat piece of ground, it requires water capacity, sewer capacity, capacity for electricity, gas, connectivity to fiber, good access,” Abbott said.

Abbott credited the investment made by the community years before the decade began with the creation of the Eastpointe Business Park, and noted the returns it continues to bring about 20 years later. Over the past decade, investment into necessary infrastructure has continued to support business growth.

“When we look at companies that are looking to come here and [AMG] recently made the decision to come here, and their capacity, they needed 100,000 gallons a day. If they ask for 100,000 gallons of water in a day and I have the ability to tell them that’s no problem, that is really a feather in our cap when it comes to the process,” Abbott said. “They’re not looking for communities to locate in, they’re looking for communities to cross off the list to narrow their search down, so when we’re able to portray that kind of capacity, it’s to our favor, and we’re going to win projects as a result.”

AMG, Dollar General and Avon are located at Eastpointe Business Park, where there’s a Joint Economic Development District. Abbott said the city invested in the site, the county provides water and sewer and the land is located in Washington Township. The JEDD encourages economic development between the municipalities, while allowing them each to collect returns on investment through tax revenue.

“We’ve done, as a community, a pretty good job of investing dollars in a wise manner to fit the needs of companies coming in, and I think over time we have seen the wins that this community has received as a result of decisions that have been made,” Abbott said.

In 2018, the Port Authority purchased 203 acres of land for nearly $3 million to start another business park, National Road Business Park. According to Abbott, the purchase was partially funded by JEDD revenue, which continues to allow the Port Authority and municipalities to spur additional growth. The Port Authority hopes to break ground at the site in spring of 2020.

“Infrastructure’s huge, you can’t downplay that, and that’s where you see a lot of communities fall short,” Abbott said. “It’s not easy for someone to make a decision that we’re gonna spend, say, $2 million to run this water line here or $3 million to upgrade this sewer line. Those are difficult decisions to make when you’re making those choices with taxpayer dollars, but there has to be a place where we can begin with the end in mind.”

Abbott said the Port Authority has attracted nearly $700 million in investment to the area, and that success is slated to continue in 2020 and beyond.

“I feel, right now, we’re in a very strong position when it comes to our economic well-being in Muskingum County and the City of Zanesville. Now, saying that, there is room for improvement and there’s room for growth,” Abbott said. “Things look positive, there’s no roadblocks that we see in the near future as far as our economic growth is concerned.”

You can read the full Times Recorder article about the growth of Muskingum County by clicking here.